Garden Retreat had already worked closely with Cropredy Marina by supplying a store and toilet / utility facility in May 2013.

Cropredy Marina is owned and operated by Tim Langer, who began business on the inland waterways in 1992 when he founded Canal Craft Narrowboat Brokerage. Canal Craft started at North Kilworth, but moved to larger premises at Bugbrooke in 1994, and was sold in 1997.

The frequent difficulty of finding moorings for narrowboat purchasers prompted Tim to seek a suitable site to develop his own marina, and an ideal site was found at Crick.

The intitial 110-berth basin opened on time in April 1996 and was very soon fully occupied. Three years later an extension of 76 berths was built at the southern end of the basin, which enabled the Crick Boat Show to be held for the first time in 2000.

A further 87-berth extension opened in December 2007, bringing total capacity to over 270 boats.

When another ideal marina site became available at Cropredy on the Southern Oxford Canal, Tim saw the opportunity to create a second quality marina in a great location.

Due to thorough preparation, planning consent was gained by a unanimous decision at the first attempt, on January 5, 2012.

The second basin opened in November 2013.

In Summer 2015 the landscaping started to mature, and the site is now a pleasant and peaceful environment in which to spend time afloat!

As part of the development of Cropredy Marina we have again been appointed to provide a brand new Office to replace the existing Portacabin and assist with the expansion and Customer experience at Cropredy Marina. 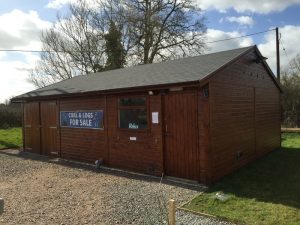 Store, Toilets and Utility Facilities Installed by Garden Retreat May 2013 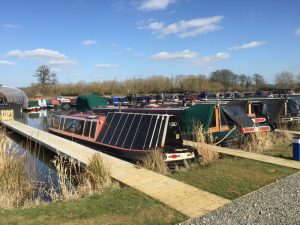 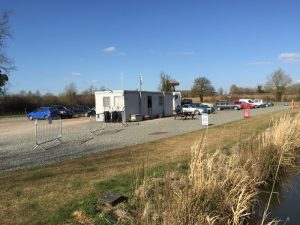 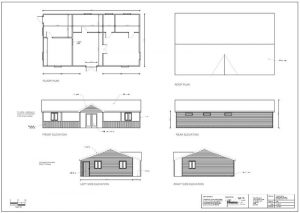 Our Timber Framed Retail Units are constructed using 100mm x 38mm timber framing clad with tanalith BS8417 shiplap, bitumen paper and 4mm plywood lining. This particular building is based on our Pavilion Design and has a 1 metre overhang to the front, 300mm overhang to the rear and 150mm overhang on the gable ends. The eaves height on a building of this size is normally 2.3m plus the single engineering brick course.  In this instance the ridge height is 3.75m high with a false gable to the front which is ideal for either mounting a clock or signage to promote the business.  The roof covering is slate grey felt tiles onto an under felt and then finished with soffits and fascias and brown guttering and 4 down pipes.

One concern for a number of customers is the damp proofing.  When the sections are bolted through the single course of bricks into the concrete base the timber clad runs 50mm down the outside of the brick.  In addition to this the vapour barrier also runs down the same distance ensuring no rain water can get into the building.  One further measure is a DPC which is attached to the bottom rail of the section which sits on the top of the brick and stops any moisture in the brick rising up into the timbers.

Once the Timber Building had been installed we got to work insulating and plaster boarding the inside.  The roof is insulated with 100mm Celotex and the walls with 75mm of Celotex, all plaster boarded and finished ready for the Customer to decorate. The electrics will be completed during the process with the first fix being completed once the building has been erected and the second fix once the insulation and boarding has been completed.

Now completed there is an entrance foyer with a general office to the left with serving counter. To the rear, the Managers Office, along the back of the building there are toilets, a kitchen and store room and to the front a retail area.

All in all this building will provide a professional environment for the team to work in with all the facilities they need to continue to provide excellent service to their Customers at Cropredy. 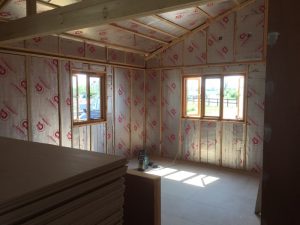 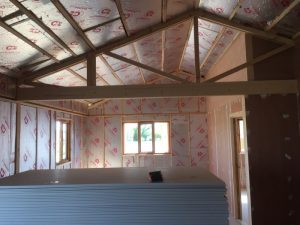 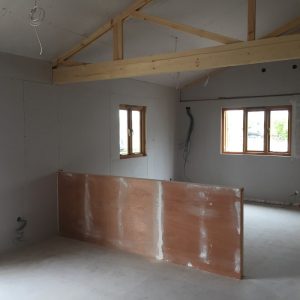 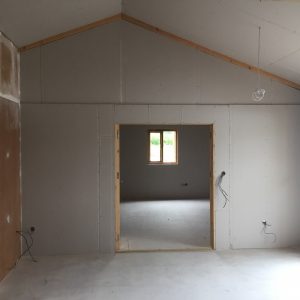 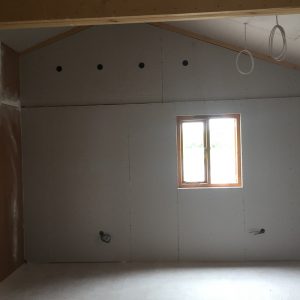 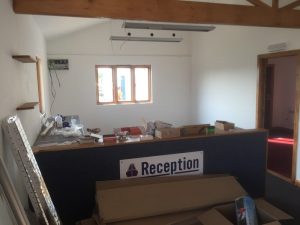 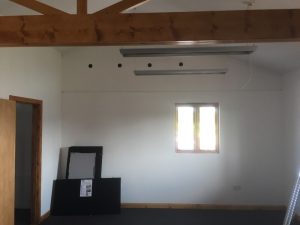 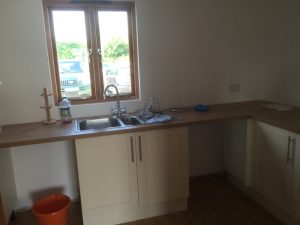 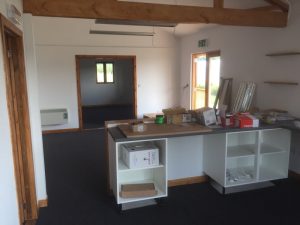 Behind the Reception Area 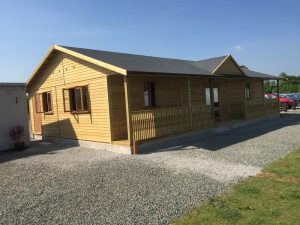 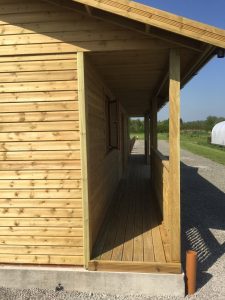 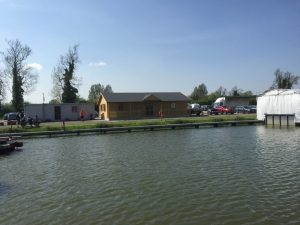 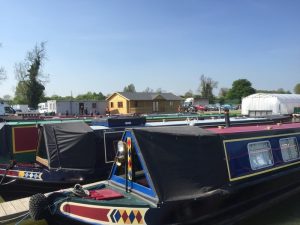 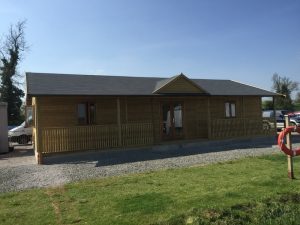 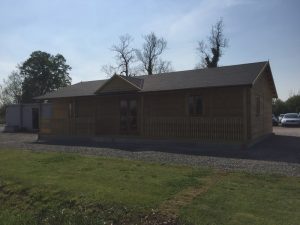 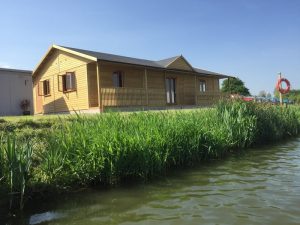 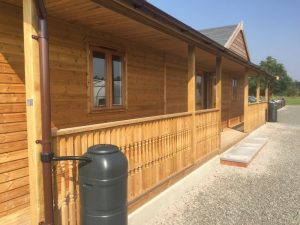 “We are so happy with the quality of the building, the doors and windows are of the highest quality, Garden Retreat have provided an excellent product, we could not be any more happy and cant wait to move in”.